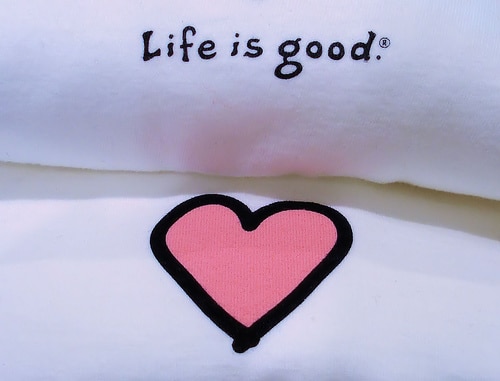 It’s not because I feel I need one, per se – the community here is one of the best on the web.

I feel incredibly lucky to have you guys come here and share your views, because you always treat both me and your fellow commenters with respect when discussing something I’ve written.

So why a comment policy? Simple – it keeps everything upfront, so if anyone ever does “step out of line”, they’ll know why I either edited or deleted their comment.

Again, I’ve probably only had to do that 4-5 times in the 14,000+ comments made here since this blog started. That in itself goes to show what a great community you are.

I also want to make sure that you, the reader, feel safe and comfortable when sharing your views. As my comment policy states, I will not accept anyone attacking another commenter for having a point of view. You help make this blog what it is; the least I can do is help make it somewhere you want to hang out.

The blog policy can be found here, but I’ll also replicate it now:

When I write a blog post, it?s obviously my point of view. Once it?s in the open, though, it then becomes a shared point of view with you, the readers ? and your point of view is what builds the discussions around a post. Sometimes you?ll agree with me; other times, not so much. And that?s what makes the comments after a post such a fervent breeding ground for ideas.

I don?t mind if you attack me for my views. Heck, I?m big and ugly enough to take your shots, and it shows me that you?re passionate about a topic ? and I would never discourage passion.

Besides, I?m the person that?s invoked that reaction, so if it?s an attack, let?s have it open and unfiltered (although keeping it respectful would be nice).

What I won?t accept, however, is attacking other commenters. They?re like you ? simply offering an additional view on the starting topic. By all means, attack me ? the blog is my home and as the owner, I?m responsible for what goes on inside. But attacking another commenter ? that?s poor form.

I?m a firm believer in an open comment policy; I don?t moderate before publication, because I feel that stints genuine interaction and conversation. Going by the conversations that have happened over the months, it would appear that most agree.

Let?s play nice and keep it that way. Like I say, attack me if you wish ? as the instigator of discussion, I?m open to all views and words. But let?s treat the guests (and that includes you) nicely. Otherwise, you will be moderated and deleted where I feel it’s applicable.

And let?s keep the bigotry, hate, sexism, profanity and all that other fun stuff off here too. You want that, hit up TechCrunch, YouTube or similar.

What say you ? fair?

I think that covers it pretty well.